Cross Insurance Arena is set to host hard rock sensation Shinedown on Monday 18th April 2022. Special guests The Pretty Reckless and Diamante will perform with Shinedown throughout the 24-date North American trek named "The Revolution's Live Tour," produced by Frank Productions. Shinedown will kick off their trek on 1st April 2022, and before wrapping it up on 7th May, they will be touching major spots, including Baltimore, Wichita, Columbus, Nashville, Greensboro, and Birmingham. The big multi-platinum rock group is looking forward to their North American trek with sheer excitement and is thrilled to showcase music from their latest album, Planet Zero, which will be released on 22nd April 2022. Hurry up, grab your tickets right away before all of them are sold out! 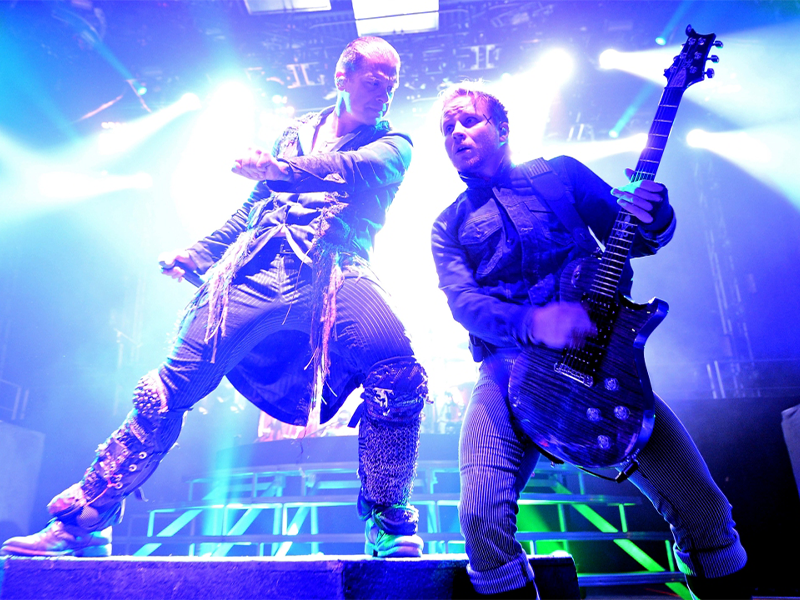 American band Shinedown has a record for having 17 singles that peaked at number 1 on the Billboard Mainstream Rock chart. Along with this, all of their singles have reached the top 5 of the chart. Shinedown has released six studio albums to date, and each of them has played a vital part in enhancing its fame. No other band can give a perfect blend of pop, Southern rock and metal. They are among the most loved hard rock bands in America. Shinedown has been nominated for many competitive awards for its exceptional modern rock music and unique lyrical direction. The band's substantial global cult following has helped them sell 10 million records to date.
Hard rock specialists, The Pretty Reckless and Diamante are the supporting acts for Shinedown's "The Revolution's Live" tour. Their perfect fusion of rock and incredible modern instrumental beats takes the atmosphere to a new level. iHeartRadio Music Award winner the TPR and multi-award nominee Diamante will exhibit their latest music which is already in the limelight. They all are renowned for putting up incredible live performances, so fans cannot wait for it. Hurry up, book your tickets right now and get a chance to see them live!