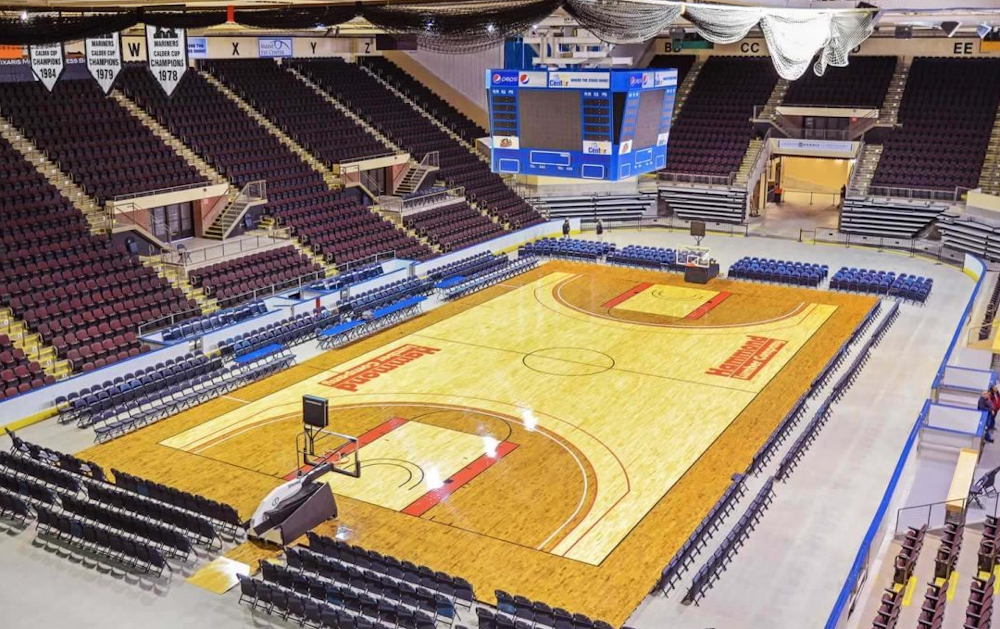 The venue consists of one deck rising 24 rows, 14 seats across at the widest, with 30 separated sections around the venue. The arena floor features a sizable 34,500 square feet of space, making it a popular choice for trade shows and conventions as well as sports and concert events. The arena became famous in Maine for sponsoring individual seats at the arena, allowing persons to pay for seats that would have their name engraved upon them or dedicated to someone they know.

When the arena first opened on March 3, 1977, the first performance was by ZZ Top. Later that year, the arena was set to have a concert appearance by Elvis Presley on August 17, 1977, but he was found dead at his Graceland mansion that morning. The preparations for the big event was re-enacted in the biofilm This Is Elvis. But the venue wasn’t known for just concerts, as it came to host the America East Conference (then ECAC North) men’s basketball tournament in 1980.

The arena was also home to the Portland Pirates and three-time Calder Cup champions, the Maine Mariners. Later, the US Lacrosse League announced that the Maine Moose Trax would play their home games at the arena. Though later developments led to those plans largely being shelved as, at the time of talking, the Moose Trax has never played at the arena. The arena has become the alternative home arena for the Maine Black bears’ Men’s ice hockey team, which normally plays at Alfond Arena in Orono, Maine.

Over time, even venues as popular as Cross Insurance Arena needed work. So in October 2010, a task force put forth a vote that led to renovations being funded to the cost of $27-$29 million. The renovations included the addition of premium seating, locker room upgrades, increased number of restrooms, and other quality of life improvements to bring the arena to a more modern state.

The renovations also added over 34,000 square feet of space that required approval by the civic centerboard and county voters. The renovations were completed by February 2014, with the first event in the newly updated venue being the Maine Home, Remodeling and Garden Show on February 15 that same year.

As long as the arena was around, Cross Insurance Arena has been a major part of Portland’s arena and entertainment life. Given the interest in naming rights deals and the high-quality events that play across their stage every season, it looks like that tradition will not change anytime soon.

See below for more information on the Cross Insurance Arena: